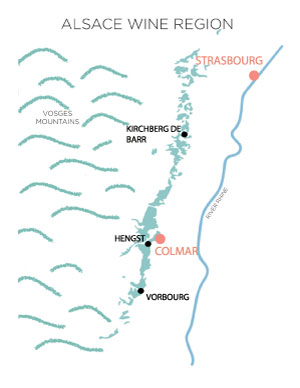 The campaign and project to designate Grand Cru status to Alsace vineyards came to fruition in 1975. Hard work, extreme focus and political awareness made this classification happen. One vineyard crossed the finish line in 1975, the Schlossberg at Kientzheim. Another 24 followed in 1983, then a further 25 in 1992 and then the Kaefferkopf came in as the straggler in 2007. There is no indication that a 52nd will be added. From the official 2019 data, the 51 vineyards made up 5.9% of the total vineyard area and produced 3.8% of Alsace wine. The Anglo-Saxon view on the history of the Alsace Grand Cru’s is due for a revisit and we have plans for that at a later date. Now, largely due to the strong association between variety, vineyard reputation and terroir, the four noble varieties that were Grand Cru “approved”, were the white grapes of Riesling, Pinot Gris, Gewürztraminer and Muscat. Pinot Noir was never in the cut, but things have now changed with an advanced dossier to recognise Pinot Noir as a named variety on three of the Grand Crus. The three vineyards are the Kirchberg de Barr at Barr, the Hengst at Wettolsheim and the Vorbourg at Rouffach.

As a reminder, Pinot Noir makes up around 10% of Alsace wine production and of course, much of that is used for cremant. Back In Alsace discussed the Pinot Noir project is some detail with Olivier Humbrecht and Christophe Ehrhart, President and Vice President of the Alsace Grand Cru section, at the end of last year and again in May this year. Here is a summary of where things are and the possible next steps. With the emphasis on possible. The INAO (the French Institute National de l’Origine et de Qualité) has a four-person committee, which annually reviews any changes requested in the Alsace AOC area. Introducing Pinot Noir as a Grand Cru variety is obviously a major change. In December 2016 the INAO committee visited Alsace and one of their tasks was to review the developing Pinot Noir dossier. There was a favourable outcome and the dossier went to Paris for the national INAO board to validate. What happens next will either be more dialogue and questions on the dossier, or a direct positive outcome that will lead to a defining a final “cahier des charges”, that is the specifications for production, on each of the three Grand Crus. Drafts “cahier des charges” are already well worked in preparation for any acceleration in the project. 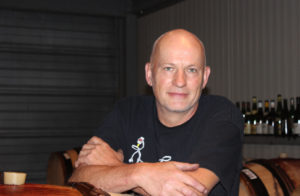 Changes in AOC regulations/specifications are intensively controlled and often follow on from initiatives started at a local level. This is the case with the Alsace Pinot Noir story. Certain vineyards and villages had a reputation for Pinot Noir and around 12 years ago, a few local Grand Cru Committees (Gestion Locale) started work on a project aimed at consolidating this reputation. The foundations were around defining a higher quality viticulture that included increased density of plantation, reduction in yields, replacement of low quality clones and a focus on an expression of terroir associated with signature wines. The Gestion Locale worked with the Section Grand Cru committee to refine and improve the Pinot Noir dossier. This included much tasting and the development of a quality panel of wines. Key criteria for this exercise was for the individual Grand Cru to have a significant volume of Pinot Noir, multiple producers and a constant level of quality over the years. The short list of the three Grand Crus mentioned above, emerged with all the right components. 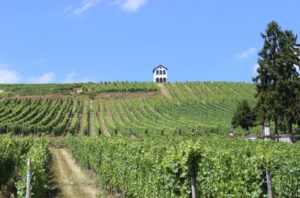 Then, with a certain level of confidence, the dossiers were presented to the appropriate committee of the AVA (Alsace Viticulture Association), which has the responsibility to forward appropriate projects to the INAO. A key recommendation that came back from the INAO was to reduce the various yield levels on the Alsace Grand Crus. For Pinot Noir this set a maximum yield of 40 hectolitres/hectare. This was voted in by the general assembly of the AVA in March of this year.

The project that started around 2003-4, went to the INAO in 2013 and we can now fast forward to decision time in 2017. Patience is required for this type of initiative and in anticipation we can report that quite a lot of new parcelles of Pinot Noir have been planted in these Grand Cru’s in the last 5-7 years.